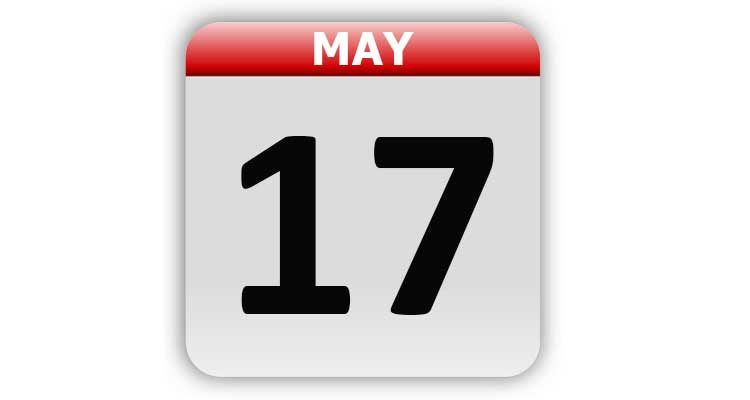 1881 – Gold was discovered near Ishpeming, MI, by a Marquette chemist and geologist named Julius Ropes.

1954 – The U.S. Supreme Court unanimously ruled for school integration in Brown vs. Board of Education of Topeka. The ruling declared that racially segregated schools were inherently unequal.

1975 – NBC TV bought the rights to show the movie “Gone With the Wind”. The one time rights cost NBC $5 million

1985 – Bobby Ewing died on the season finale of TV’s “Dallas” on CBS. He returned the following season.

1996 – President Bill Clinton signed a measure requiring neighborhood notification when sex offenders move in. Megan’s Law was named for 7-year-old Megan Kanka, who was raped and killed in 1994.

1999 – Alex Trebek received a star on the Hollywood Walk of Fame.

2005 – Nancy Cartwright, the voice of Bart Simpson on TV’s “The Simpsons”, was elected mayor of Northridge, CA.

2006 – The U.S. aircraft carrier Oriskany was sunk about 24 miles off Pensacola Beach. It was the first vessel sunk under a Navy program to dispose of old warships by turning them into diving attractions. It was the largest man-made reef at the time of the sinking.

Tags: A Look Back, Celebrity Birthdays, Days of the Year, May 17, Today in History