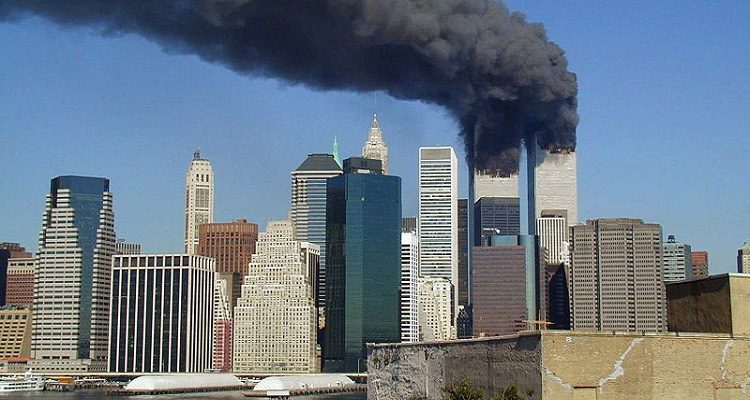 It is so hard to believe that it has been 20 years. I will never forget Tuesday, September 11, 2001. The day we were attacked on our own soil. We  lost 2,996 innocent lives (not to mention all those people who have died due to complications since then) and over 6,000 people were injured. Of those that perished, most were civilians, however 71 law enforcement officers and 343 firefighters died in the World Trade Center and on the ground in New York City, one law enforcement officer died when United Airlines Flight 93 crashed into a field near Shanksville, PA, and 55 military personnel died at the Pentagon in Arlington County, VA,

I can relive that day in my memory almost minute by minute. I was on the air from 6 am that morning until after 9 pm that evening. I reported on the situation from not only the studios of WGRD, but also from the Blood Center — where hundreds of people were giving blood, to the airport — where every airplane was grounded in just a few short hours. I remember buildings going on lockdown (including the radio station). We didn’t know what would happen next. The days that followed were equally as memorable, seeing the outpouring of help that came from people of every walks of life, to help in any way that they could. These events probably will stand out in my life as the most memorable days ever.

Since that time I have visited the scene of the World Trade Center, the Pentagon and Shanksville, PA. I have not seen the finished memorial in New York City, but was moved by the memorials at both the Pentagon in Washington, DC and the United 93 Memorial in Pennsylvania.

I found this timeline for what started out to be a beautiful September day. Follow along in the timeline to see how the events unfolded throughout the day.

I just remember all the efforts of so many people…and animals. A few years ago I posted a story here on my blog on the passing of one of the search dogs from the September 11 attacks. Her name was “Bretagne” (pronounced Britney), she was 16 years old, and she was the last surviving rescue dog from the 9/11 attacks.

There has always been one piece of audio that still gives me chills every time I hear it. A fireman was talking about what was happening with the people trapped in the World Trade Center buildings before they collapsed…

One can only imagine the thought process one was going through. The building was on fire, the heat was intense, and the thick smoke made it impossible to breathe. The exit routes were blocked. For some, jumping looked like a much better option than burning alive in the building. I get tears in my eyes just thinking about the trauma those poor souls had to go through in even having to make that decision. Whenever someone mentions the 9/11 attacks, that’s immediately the first audio that comes to mind. I wish sometimes there was a way to erase that 7 seconds from my memory, but unfortunately it will be there forever.

Recently, I found the recording of our morning show from that day. Unfortunately, over time, the quality of the audio had deteriorated and it’s almost impossible to hear what was going on. (If anyone has a recording of our show that morning, I would love a copy of it so that I could post it here on my blog.)

A lot of people have posted the following on Facebook… it is quite the eye opener:

Our nation came together to help everyone out during that time. We had such a unity in our country. I think that was one of the things that surprised me the most. It’s sad how in time, we have lost that unity — and now we all seem so divided.

Over the years I had many people ask me about the tribute songs we played in the weeks after the attack. Most of those were put together by radio stations across the country and shared with each other. There were dozens of them. We played over 20 different ones. Several people have asked if I still have copies of those songs…I do. I’ve tried to figure out a way to share them, however I don’t have the licensing rights to any of those songs. I was hoping to maybe find some videos on YouTube and share them that way, but I didn’t really have much luck.

That being said, I’ve decided to take my chances and upload the songs here, on my blog. Keep in mind that at anytime I could be asked to take down these songs…which I will do to comply with any licensing issues. Maybe we’ll get lucky and they won’t make me remove any of them…but only time will tell.

So, here goes…below you will find most of the tribute songs we played on WGRD back in September of 2001. I’m sure you will remember many of them.

Amy Grant – I Will Remember You:

Sarah McLachlin – I Will Remember You: