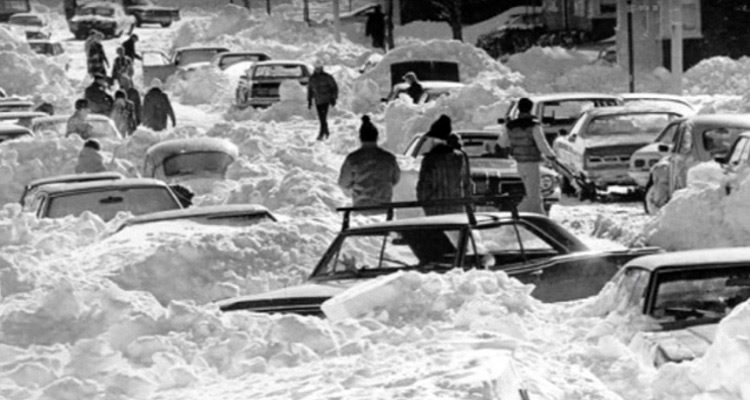 What were you doing on January 26th, 1978? If you were living in Michigan at the time, you were probably doing a lot of snow shoveling. One of the biggest snow storms to ever hit this area happened on that date — it was the “Blizzard of ’78”! A low-pressure system moving from the Gulf Coast met with two other low-pressure systems, one from the Southwest and one from Canada, to create one of the worst snowstorms the Midwest has ever seen.

WOOD TV 8’s Bill Steffen (who was working at WZZM TV-13 at the time) spent several days at the television station without ever leaving. On Bill’s Blog in 2017, Bill gave a few details of the storm…

“The Blizzard of 1978 ranks as the #1 snowstorm ever for Grand Rapids and much of Lower Michigan, Indiana and Ohio. The barometer reading of 28.28″ in Cleveland still ranks as the lowest non-hurricane barometer reading in U.S. history. Grand Rapids also set a record barometer reading 28.68″. Grand Rapids had 15″ of snow in about 15 hours (19.2 total). Muskegon picked up 52″ of snow in 4 days. Wind gusts of 42 mph blew the snow off roofs. The storm hit on a Wednesday Night, and many schools didn’t reopen until the following Monday. Some were closed for nearly two weeks. The heavy snow started shortly after 10 PM on 1/25. All air and rail service came to a halt. Seventy deaths were blamed on the storm. The National Guard were called out in Michigan and Ohio. Over 125.000 vehicles were abandoned in the storm. It took 3 to 5 days to move the abandoned cars and open the expressways. After this, we had the coldest February ever in G.R. and the 5th coldest March. Snow piles from the storm lingered into April.”