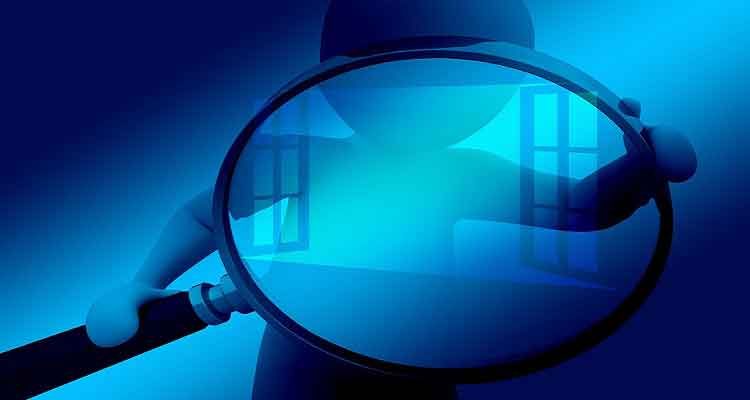 Up Close and Personal: Round #1

For many years on “The Rick and Scott Show” we would do a segment called “Up Close and Personal”. It gave listeners a chance to call in and ask us any questions they had about our personal lives. Some questions we would answer — others we would not! For the most part we were pretty open about our lives. I always enjoyed doing the segment — even though it did put me on the hot seat and make me squirm a little — never really knowing what people might ask.

I thought it might be fun to do an online version of  “Up Close and Personal”. A few days ago I put a post on Facebook asking for your questions. There were a lot of GREAT questions. I have selected ten of the questions, and the questions and answers are below.

I’d like to do this on a regular basis — so if I didn’t answer your question this time, there is chance I’ll get to it next time!

Well I did tried “naked gardening” once, but it just didn’t seem like the safest thing to do (read my blog about it here). Sharp blades, rocks, sticks, thorns, bees, wasps, other sharp instruments, chemicals — just to name a few. Just not things I think I really want to be around without some time of protection! That being said, I do live in the middle of 10 wooded acres and don’t have any neighbors. There have been times when I’ve had to run out to the car, or grab something on the deck or porch where I haven’t been fully dressed… but there was no one around to see it — so no harm done to anyone!

Tina Steadman wondered “Who would be your dream date?”

I’ve had a few famous crushes in my years. I’ve always loved Sandra Bullock. I actually was at a restaurant in South Carolina once where I think she was also dining. If it wasn’t her, it could have been her twin. I didn’t bug her, but I have always had the hots for her. The other would be Olivia Newton-John. She is just a hottie as well! I met her at an appearance here in Grand Rapids in 2016. She actually signed her autograph to me “Love Olivia”! (You can read about that experience here.)

Kim Reid Bos wanted to know “Have you ever come close to getting married?”

I’ve never really been too close to getting married, however I have had several relationships that lasted 7 or 8 years in length. That was as close as I needed to be to marriage. I think I’m better off single! I can barely live with myself. I know I’d be tough to co-exist with in a marriage. (Although my idea of separate homes, or sides of a duplex, for a married couple still sounds like a great concept!)

Darren Gibson asked “Where would you like to travel that you haven’t been to before?”

I have a lot of travel destinations on my “To Do” list. I want to hit the National Parks on the west coast, as well as visit the Grand Canyon. Hawaii and Alaska are also on the list, as well as a trip to Australia at some point.

Renee Kross Kooiman wanted to know “How did you get into to Radio. Was it intentional?”

As a kid I knew I wanted to some way be involved in the media. I had more visions of being behind the scenes (TV cameraman), but instead ended up behind a microphone. In the early ’80s I was doing a weekly talk show on a community television station in Wyoming, MI. That transitioned into me doing a 36 Hour “World Record” Non-stop Broadcast in 1989. (Read about that World Record Breaking Broadcast here.) It was through that TV show that I made the connection with most of the staff at WKLQ — and ended up getting hired there a few months later. That has been almost 30 years ago and I’m still at it!

Merrilee Kadwell wondered: “Other than radio and real estate, what other careers have you had?”

I’ve had a few! As a teen I worked at the zoo, I also cleaned area Mr. Fables restaurants at night during high school. My first full time career was in the printing industry at a place called Paris Press (it no longer exists). I started out as a typesetter and eventually managed the whole pre-press department. I’ve also done sales (at WOOD TV). In the last couple of years I’ve done website design, real estate, and of course radio!

Donna Pyra Perschbacher asked: “Who would be the person you would love to interview and why?”

I have quite a list actually! I would have loved to have been able to sit down with Johnny Carson at some point, but that didn’t happened. Vincent Price was another person I would have liked to had a conversation with years ago. As for those still living…I think it would be fun to sit down with Betty White. She reminds me soooo much of my Great Grandma Ella. I think Dick VanDyke would be a cool interview as well. I hope I’m as sharp at their age as Betty and Dick are.

Helen Deruiter wanted to know “You always seem so ‘put together’, but do you have, or have had, any days that you simply had zero confidence? If so, how did you get through that?”

This one may surprise a lot of people, but I still get an occasional anxiety attack while on the air. Just as I go to turn on the microphone, my heart will start to race and I’ll have shortness of breath. I have no idea what triggers these episodes, but they happen a few times a year. In music radio I can always just play another song until I can calm myself down. It was a little tougher doing talk radio — I would have to be on the air and try to cope with the attack at the same time. Most people don’t realize it’s happening to me, but I sure know! And then there are days where the mind and the mouth just don’t have a good connection, and it seems impossible to speak what I’m trying to say.

Jennifer Bieneman-Courtney’s question was “What was one thing you loved about doing morning radio? One thing you hated?”

I would go back to doing morning radio again in a heartbeat! I always enjoyed being there to entertain and inform listeners as they started their day. Mornings are tough for a lot of people, so if I can help them get their day started with a laugh and information — that’s an accomplishment for me. Of course the one thing I hated about morning radio was the alarm clock going off at 3:00 am! Your body never really gets used to getting up in the middle of the night… instead you just get used to being tired all the time!

And finally, Kathy Hosford inquired “What would you say is your biggest regret?”!

I wish I would have had kids. I think I would have been a great father, and even better grandfather! I was fortunate to have some very cool grandparents and would have taken some of those traits upon myself to be a super grandfather to any grandchildren. There are always those that say “it’s never too late to start”! For me…yes it is! I can’t imagine starting to have children in my mid 50’s. Instead I’ll just enjoy my furry kids — Scooby (who is 16 years old) and Moose (who is almost 14!).

So there you go, the first installment of “Up Close and Personal”. I hope you’ve learned a little bit more about me — whether good or bad! Thanks again for all the questions.

Tags: In My Opinion, Up Close and Personal